Power + Attitude = Performance
This mantra is drummed into student pilots and has been for years. But I believe it goes beyond the physics of flying. Power is easy – Either you have it or you don't. So for me it isn't as important as attitude.

On Friday I had a revelation while flying. My instructor kept telling me to lower the nose, lower the nose, get the bloody nose down while we were in level flight. I was convinced the nose was low enough (in my defense the horizon consisted of 3 fingers of haze…). 70% power and ZS-BOR (my favourite SR20 in the school) is wallowing along at 105kts. So, in line with my stated policy of listening to the instructor, I trim the nose down 2 clicks. And…. as I expected, she starts to accelerate. And descend (OK, the VSI drops) – I hear my instructor telling me to look outside. I'm about to say, "I AM looking outside" but then it occurs to me I've noticed the VSI and I can't have noticed the VSI if I was looking outside. So I bite my tongue. And then I feel it.

There is a subtle shift I feel in my butt. And she accelerates to 120kts. The nose comes up, I trim her down and bingo. We are on the correct side of the power curve. Attitude. And now we're really flying…. I can feel now in retrospect how we weren't doing so well before – definitely on the wrong side of the curve.

I can't remember where I heard this but I think it's a good philosophy. Hopefully I'm still using it when I can't fly anymore.

I used my old iPhone and MotionX GPS to record our track for the flight – I was amazed to see we flew almost 200km – lots of back and forth through the GFA – see pic below. 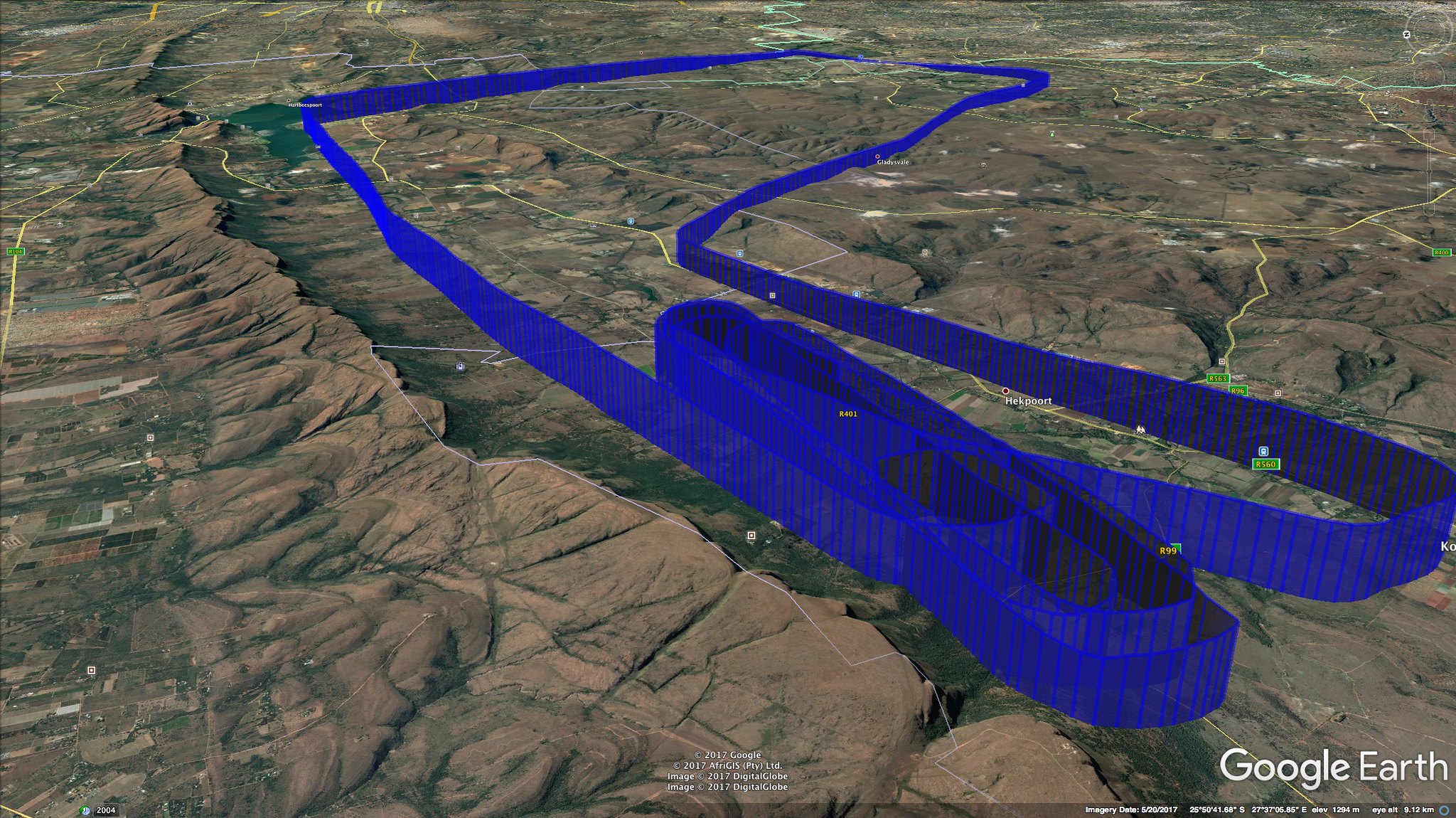 I also tried (again) to record ATC/Intercom audio from my GoPro – but as we leveled off in the cruise the cable fell out – which I thought was weird, until I looked at it and saw the plug was completely bent out of shape. Which was very weird – until I reviewed the footage – I must have kicked the cable and ruined the plug when I got into the plane. Bother. So now waiting for a new one. Which despite paying Amazon for expedited shipping will still only arrive on Thursday according to Amazon and more annoyingly on Monday NEXT week according to UPS.

This was a lesson to firm up the stalls because next week I have my stall/spin/high GFA work signoff eval – with the chief instructor – it also forms part of the dual check which they use to make sure the instructors are up to spec – which means I'm flying with a new instructor for this. So we did power off, power on, landing and clean config stalls, reinforced HASELL checks, and even a quick rudder spiral dive for good measure. A selection of the stalls are shown in the video below – I was surprised at how benign the power on stall was – definitely less of an event than I imagined – still not something to take lightly. I'm finally nailing the power off stall – much less aggressive forward pressure and more of a check forward – still a bit hard on the right rudder as power comes in – interestingly I didn't appreciate this fully until reviewing the GoPro footage – I do have an inkling of how much to put in now though. I did appreciate it when the instructor said, "your'e good enough to get signed out, but I know you want to do them better, so let's do some more". – that's the attitude.

Landing was much better – although I did round out a meter or two too high so we had a very positive touchdown – but all in all not too bad at all.