Well it’s fair to say that I have had mixed feelings about this flight. It’s a bit of a rite of passage in my mind. After every 10h prior to going solo we have to have a “dual check” where the head flight instructor flies with the student to make sure he/she is progressing well and to check up on the quality of instruction his instructors are providing.

Since I’ve done all the upper airwork exercises it was also an opportunity to do a “stall/spin signout” which is required (for good reason)prior to starting work in the traffic pattern. A lot of people kill themselves by stalling or spinning at low altitude in the circuit, particularly on the base-final turn and stall recognition and prompt recovery are thus important to have a good handle on.

It’s difficult flying with a new instructor – especially one you haven’t met before. But he seems like a decent sort and is very enthusiastic about doing things the right way. In fact, I thought my existing instructor was very “by the book”. This chap was even more so – but in a very good way. So we did things a little differently – the hard part for me was that I felt like I was having an exam and he was very much in the mode of instructing. In fact, he did all the radio work despite the fact that my regular instructor told him I’m quite capable – but it was nice to concentrate on the flying.

As it turned out it was just as well he was doing the radio work – but more on that later. Because taxiway A4 is closed at FALA at the moment for repair and resurfacing we are doing intersection takeoffs and the run up bay for 07 is unavailable – so we did our run ups on the apron and taxi’d out to toward A3. (Along the green line). As it turns out we could have done our run up short of A3 because wouldn’t you know it but 3 737’s all pushed from the apron simultaneously and we had to wait for them. Which would have been fine except one of the 737 crews managed (between the 2 of them) to forget the well NOTAM’d closure of A4 and they taxied merrily off toward the A4 end of 07. One imagines a few red faces when they had to do a U-turn in the runup bay and come back. While all of this was going on we just waited and waited and waited on the taxiway.

Fortunately TWR was on board and while the second 737 was backtracking to the departure end of 07 we were given clearance to do an expedited departure and turn out from the A3 intersection. 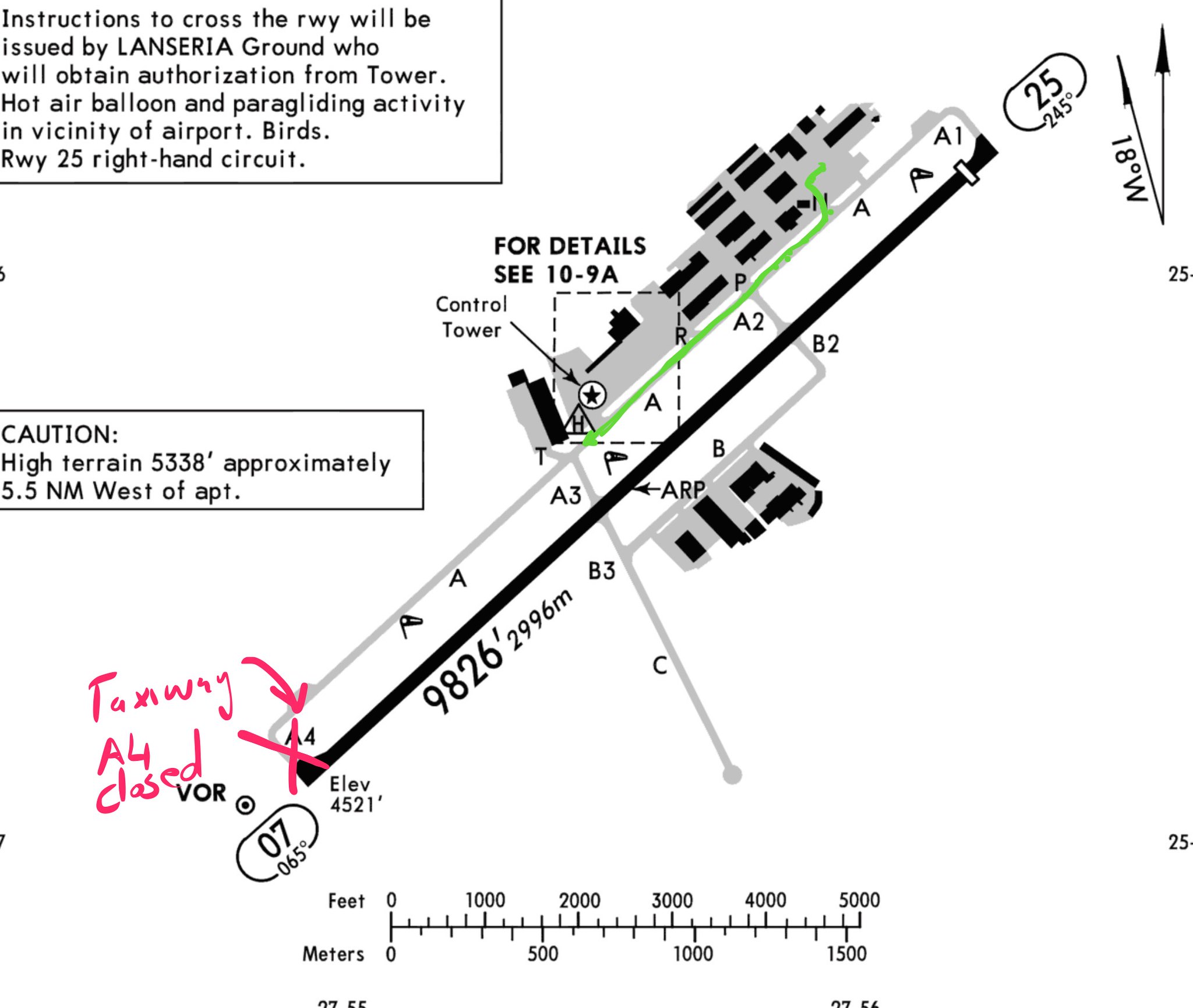 Rest of the flight was essentially uneventful. The instructor was pretty good value because he had some different ideas about doing things (all of which seemed valid) – he even tried to cure my “looking inside-itis” by turning off the PFD (there are backup instruments) and I was quite chuffed to do a full turn and not be more than 100ft off initial altitude. Stalls were fine except as promised, this particular aeroplane definitely drops a wing at the stall break which caught me a little by surprise. 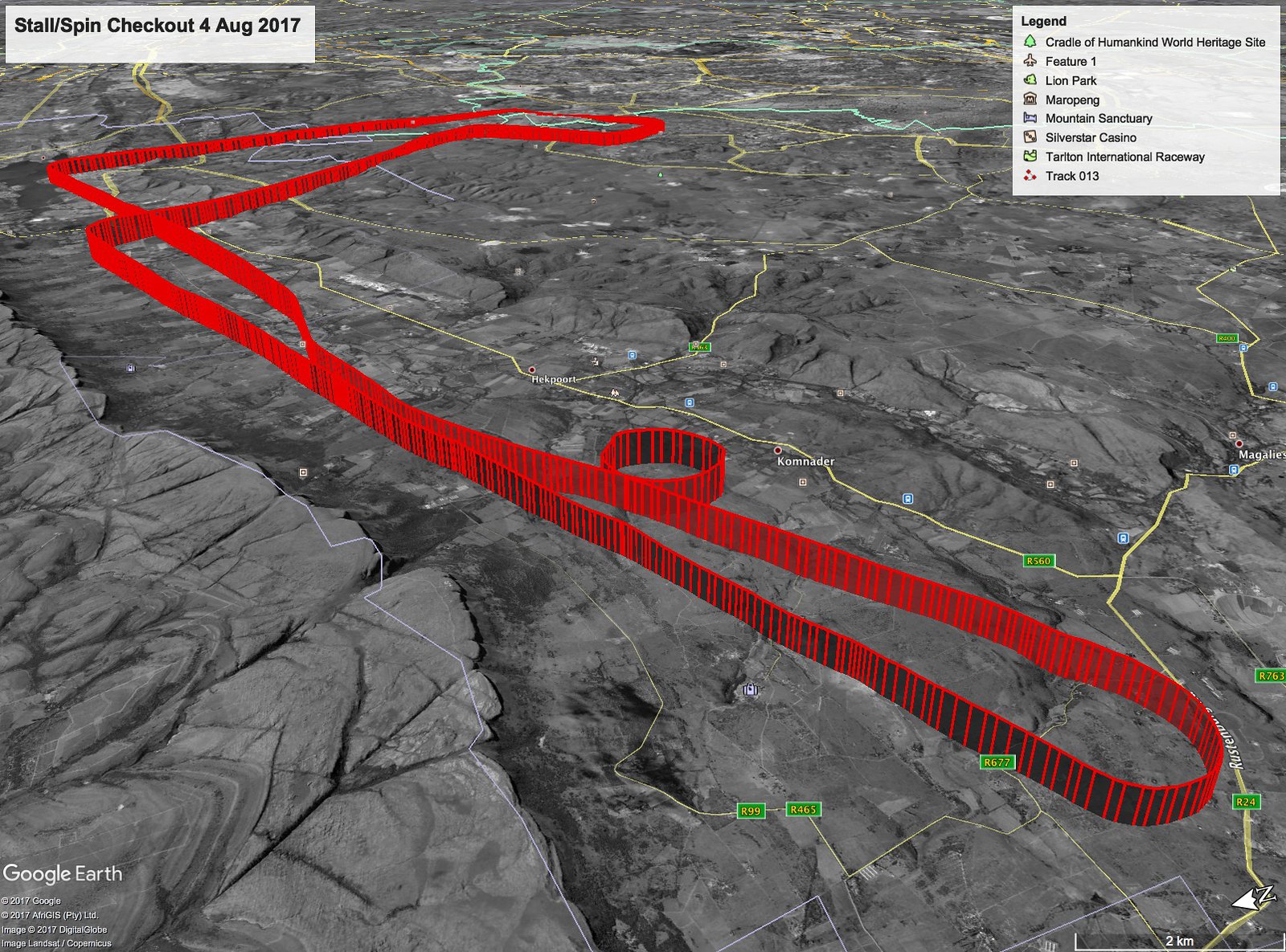 A couple of (not so good) full flap stalls followed by one decent one and it was back to FALA for another landing – mine this time and really not too much drama at all. I feel like I’m getting the feel of the aeroplane.

So I’m officially signed off for stall recovery/spin avoidance and the next step is into the circuit for a couple of hours. Solo should be soon but I suspect it will be delayed due to a SNAFU with my medical – we were a day or two late in submitting documents (which have to be in 7 working days prior to the medical panel meeting – upshot is that my case wasn’t presented so will only be reviewed on 15 August. With formal decision only being communicated 7 working days thereafter.

In the meantime however, I’m getting stuck into Air Law which trust me is a fate worse than death. On the plus side, my Crazed Pilot audio recording cable arrived and it actually works. So hopefully now my post flight reviews of gopro footage will be more useful. I also found a good place to position the GoPro to get a good overview of panel and horizon – at ear level just forward of my head on the pilot side door window. Some more footage below….