I was pleasantly surprised while browsing through the “Seen at FALA” Aviation photography forum to see a shot of the aircraft I usually fly (ZS-BOR) against some pretty impressive cumulonimbus clouds. I was even more surprised to see it had been taken when I was flying the plane – i.e a photo of a plane being flown by me. (Probably not a big deal to most, but a first for me) 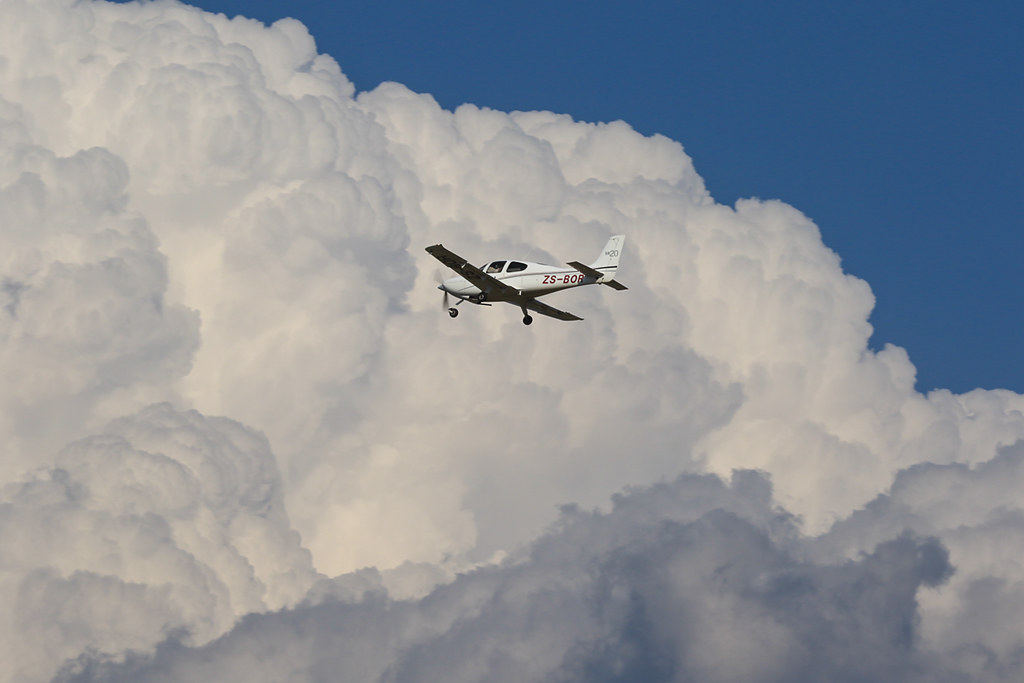 This is on the upwind leg of the circuit out of 07 at Lanseria (FALA) He was kind enough to send me high res versions of these photos. It appears as though we were very close to the clouds but in fact were miles away – this being merely foreshortening resulting from the telephoto lens.

I hope this isn’t the last time someone shoots us flying!

2 Replies to “Being photographed by others while flying”