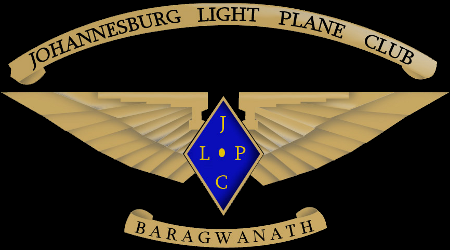 On the 15th of November, the Johannesburg Light Plane Club (JLPC) celebrated its centenary. This makes it one of the oldest flying clubs in the world. Aviation in South Africa has ebbed and flowed, but the club has been a going concern for 100 years which is no mean feat.

END_OF_DOCUMENT_TOKEN_TO_BE_REPLACED

The South African chapter of the Experimental Aircraft Association is celebrating it’s 50th anniversary this year. Every year there is a flyin to the Brits Airfield (FABS) but this year promised to be even more special. Any excuse for a flight is a good one, so it was off to Brits I went.

As summer starts to take hold it’s getting light earlier and I was able to pull the plane out at 6h30, in pleasant conditions with the low morning clouds clearing away and only the slightest breeze. I should have realised it was too good to be true…

As I rolled down runway 13 (into the sun – of course…) I noticed 3 Guineafowl taxiing out onto the runway ahead of me. Now a guineafowl is not a small bird – they probably weigh around 4 kilograms and stand about 35cm high – I didn’t fancy the idea of one of them going through the prop or hitting a wheel. In retrospect I made the wrong call by rotating 2-3kts below nominal rotation speed (50kts) but IBM eagerly kept into the air and disaster was averted. It would have been better to stay on the ground, wait for normal rotation and try to ignore the birds than to take off early and potentially stall out. Fortunately I was so close to rotation speed that it made no difference but definitely something to think about for lower speed incidents – better to hit a bird on the ground than stall it in.

The other concern is that the birds could have tried to fly and then I may have been in the situation where I’m flying at low speed and then hit a bird….

Bird excitement behind us, we climbed up under the Johannesburg TMA – cruising at 7500’ and routing to the west of the Lanseria class B airspace. We passed over Orient airfield (a major gliding Mecca), but it was too early for the obligatory powerless landers in their funny hats.

This dogleg set up a more or less direct course to Brits – and a routing directly into the teeth of a not insignificant headwind – 30kts on the nose meant we took a lot longer to get to Brits at only 90kts over the ground.

For the (anticipated) large flyins, the CAA usually declare an Aerodrome Flight Info Service (AFIS) which means that the usually unmanned airfield is manned with a tower operator whose role is to ensure separation but does not give explicit landing or takeoff clearances – it’s a little bit strange – the landing clearance usually sounds like “ZU-IBM, number one on the approach, land at pilot’s discretion”. Anyhow, as it turns out they were only opening at 07h30 and I arrived overhead at 07h25. This resulted in some confusion with arriving aircraft coming from 4 directions and all trying to ascertain if the tower was open or not.

END_OF_DOCUMENT_TOKEN_TO_BE_REPLACED

It’s a public holiday – Worker’s Day and those of us who work are restless to get some air between us and the ground. There is some discussion in the club WhatsApp group about a suitable location for breakfast – some guys want to go to Thabazimbi for the NGK Meifees (May fest) but many of us are a little twitchy about flying to a town airfield and leaving our aircraft there, being transported to the festival ground and having to rely on folk to bring us back to the planes again.